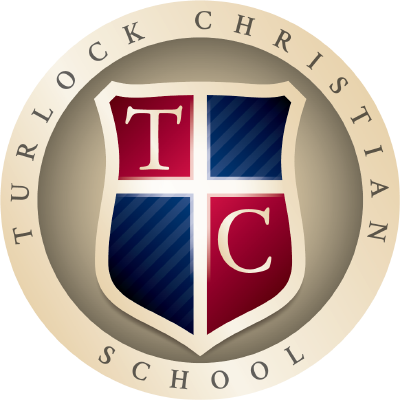 Turlock Christian upholds it’s history by providing students an outstanding education and school experience which will serve them for a lifetime.

1969
Turlock Christian was established as a Christian school for children in grades K-2.  Twelve students were enrolled.

1989
Turlock Christian recognized the growing need in our community, and opened a preschool, welcoming thirty-six children.

1997
The preschool is extended to provide infant/toddler care.

2013
All Elementary classrooms, and preschool classrooms were remodeled.

The JH/HS campus the restrooms were upgraded, the library and media center were remodeled and expanded, and the computer lab was updated.

2014
Computer labs at the JH/HS were upgraded and refurbished.  The weight room at the JH/HS campus received upgrades.

Chrome labs and Google classroom were implemented.  An expanding luncheon area with an over-shade was added for JH/HS students.  Science and chemistry labs were completely remodeled and equipped with science, technology, and lab equipment.  A new JH/HS office modern complex opened to accommodate growth in the school.  New landscaping was added.

K-12 grades went one to one with iPads for grades K-2, and with Chromebooks for grades 3-12.

Future Farmers of America (FFA) established a complex for animals at a donated farm.  Online and web-based curriculum was added for many courses.

2017
Early Kindergarten and three elementary classes were added to the new elementary school.